Since their first conference, the creative minds of Egypt’s Creative Industry—from ambitious amateurs to global gurus—jumped on board. They built symbiotic relationships with one another and engaged with the industry’s most celebrated figures in a vibrant and stimulating environment.

Early on, the summit’s influential figures included Egyptian Business Magnates like Naguib Sawiris, and even artificial guests like the globally famed and one-of-a-kind Humanoid Robot, Sophia!

But the dream continued growing, evolving, and actualizing…

Over nearly a decade of ardent endeavors, the C—S expanded its definition of success and augmented itself. It has now become the only platform and network dedicated to MENA’s Creative Economy.

After 13 Egypt-based and Regional Editions, C—S is dedicating its cumulative expertise and network to uniting the Creative Economy in harmony.

It stemmed from the realization that C—S, at its core, is all about nurturing, fostering, inspiring, stimulating, and celebrating human creativity.

This human creativity is the driving force of the Creative Economy, which provides millions of jobs, continues to change how we live, and holds power to make or break us!

Throughout its impact-led journey, C—S brought together thousands of speakers and presented hundreds of hours of content. It designed spaces for its attendees—from university students to CEOs—that are optimized for valuable and unforgettable experiences.

The design can change the world

No comments to show.
Latest Posts 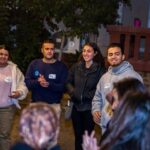 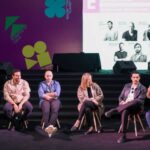